6 Types of Flexible Couplings with Their Industrial Applications

Coupling helps to join two shafts together as a way of transmitting power from one to the other. This is generally part of the derivation that may include other power transmission components such as lead screws or ball screws, gearboxes, belts, and pulleys or chains. There are generally two types of coupling: rigid and flexible.

Rigid couplings are generally used in applications that require precise alignment, while flexible coupling is used where there is a slight amount of misalignment between shafts. So, its shaft coupling accommodates misalignment while still transmitting torque. Below, I’m going to share the different flexible coupling types. 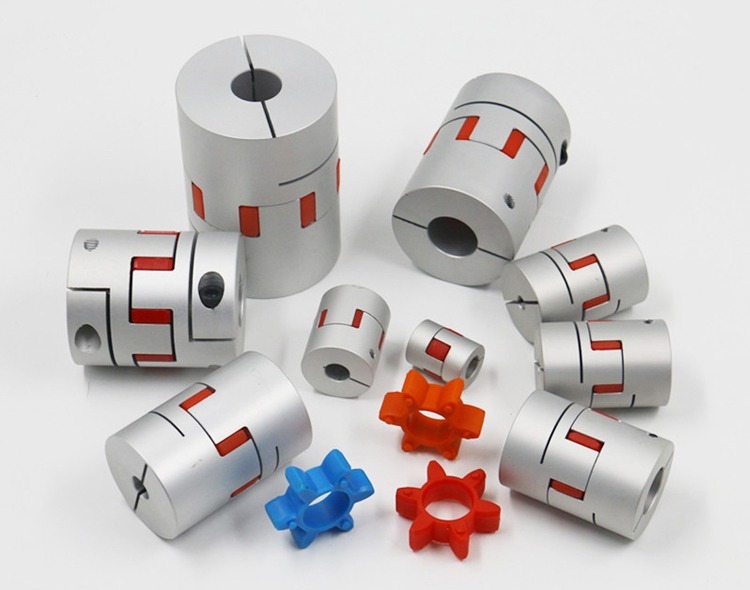 It usually provides a huge amount of parallel misalignment. They generally consist of three members. There is generally a floating member tapped between the other two members by means of a 90-degree groove on both sides of the floating member. Old-ham coupling is generally used in robotics, printer, and copy machines.

This flexible coupling is having a thin sheet of the disc that is laminated as the main part of the coupling for the flexibility for accommodating the flexibility. They generally consist of two hubs on each side and a spacer at the middle joined by the discs on both sides. They are generally used in turbomachinery and hydrostatic application.

It is very good at dampening the vibrations. In this coupling, there are some similar components, as they except the gear meshing. It can’t accommodate the parallel misalignment. Minimal angular misalignment can be provided and a good amount of axial misalignment can be accommodated. They can transmit the high torques due to their metallic design. They are usually used in industrial applications where a coupling needs to absorb the shock loads.

It also uses thin sheets as a flexible unit as like the disc couplings. The outer side of this coupling will be bolted with the hub and its inner side diameter portion will be fitted into the slots of the spool portion. While the other end of the spool will be again joined by a diaphragm disc with a hub.

They are also known as hydraulic coupling. In this coupling, there are two turbines covered by housing to fill the fluid. There are actually two impellers in this coupling; one will be installed on the driveshaft while the other will be on the driven shaft.  They both are connected with the fluid supported by the housing, as the input shafts rotate the input impeller. The fluid transmits the torque slowly into the driven impeller as the speed increases, which will be used as the mechanical clutch. They are used in automobiles, marine, and industrial machine drives as a mechanical clutch.

These are some different types of flexible coupling that are used in a wide range of industries. You can find one of the best mechanical product manufacturers and suppliers for buying high-quality products including drive chains, gearboxes, flexible couplings, power locks, and many others.